Are you a Texan wanting to shape your state and improve state and local policies — and by extension lives — for the better?  Honestly, there are probably a number of reasons why you might be wondering how to run for office in Texas.  Infrastructure failures, oppressive abortion laws, and restrictive voting laws are all enough on their own to urge a person to take action.  When you add them together, it’s impossible to ignore the need to fight for change in Texas.

But even when you’ve got fire in your belly, actually getting started can be highly daunting for new candidates. No doubt you have questions about where and how to run. What offices can you run for? How do you get on the ballot? How do you start fundraising?

Don’t let these questions overwhelm you. Let us help! We’ve put together a handy guide on how to run for office in Texas. Below, we’ll walk you through the early research you need to do and give you tons of resources to help you along the way.

How do I get started?

Intuitively, you might think the first step in running for office is fundraising, but many things need to happen before you can start collecting contributions. The real first step is researching how the government works in Texas. To get started, you’ll need to learn as much as you can about these key factors:

With this information on hand, you’ll know what kind of budget you’ll need to run a competitive campaign and how to stay in compliance with campaign finance laws.

Sounds like a lot, but we’ve got you covered. Let’s start at the beginning.

What is the political scene in Texas?

As of January 2021, the state of Texas has 16.6 million registered voters statewide. Of these, just under 6% are considered suspense voters.

Suspense voters are voters who’ve moved but haven’t updated their registration to reflect their new address. Voters with this status can vote but in slightly restricted ways, depending on how far they’ve moved from the district in which they were previously registered. There are 918,000 suspense voters in Texas as of January 2021. That may sound like a lot, but it’s actually an improvement compared to prior years.

The Texas Secretary of State website has a page that breaks down the voter population based on county, registered voters, suspense voters, and non-suspense voters. If you’re curious, the site also lets you check out historical voting registration figures that go back to 1991.

You can’t, however, see how voters are registered along party lines or party affiliation demographics for voters on the Secretary of State website. Still, take note that Texas is a strong Republican state. As of September 2022, Greg Abbott (R) is the Governor of Texas, and Republicans hold the majority in the state legislature.

Voting in the 2020 elections favored Republicans, though the DailyKOS reports that Republicans lost some ground in suburbs during that election cycle. However, Democrats fell short of expectations across the state and only took 14 of 36 Districts.

Looking ahead, these demographics are likely to shift because of the 2020 census. Texas already has a decades-long history of gerrymandering that favors GOP candidates, and the state could gain up to 3 seats in the U.S. House of Representatives when Texas redraws its districts. These additional seats could help Republicans reclaim the House majority in the 2022 election.

But don’t be discouraged! The best way to ensure that Democrats get representation in the Texas government is to prepare yourself well and run for office. Knowing the political climate you face is the first step. Next, you’ll need to ask yourself which office you want to run for.

How do I decide on which office to run for?

To narrow down the right political office to target, you not only need to gather information about the local, state, and federal governments but you must also know your strengths. You want to identify the office that allows you to best play to those strengths.

For example, if you grew up in rural Texas and want to help with promoting sustainable economic growth in farming communities, you could run for the Commissioner of Agriculture.

Running for local, state, or federal office will impact the scale and scope of the issues you influence.

At the local level, you can run for municipal and district positions. District positions include things like school, water, and hospital districts. The Texas SoS website has resources to help you learn more if you’re running for a local office.

State-level political offices include Governor/Lt. Governor, Attorney General, Comptroller, and Commissioner positions, such as Land, Agriculture, and Railroad Commissioner. The Texas SoS site has a list of all statewide elected officials to help you learn more.

You could also run for political offices at the federal level—U.S. Senate, U.S. House of Representatives, and even President of the United States.

Ballotpedia can tell you what elections will happen in Texas in 2022 as well. There, you can find additional information, too, about filing deadlines, voting, and what measures will be on local ballots.

Who will I be running against?

Once you’ve identified what political office to run for, you’ll now need to find out who you’ll be running against in your campaign. Several factors will determine how competitive your race will be. As one example, your competition will change depending on whether you’re in the primary or general phases of the election cycle.

Especially if you’re digging into local offices, it can be a little tricky to identify the elected officials in your state. Here are a couple resources that might help:

These websites can help you determine who represents Texas in federal, state, and local government. Once you know who currently holds the office you want to run for, look into their campaign finance disclosures. Every candidate is required to disclose their campaign finances, usually quarterly.

Knowing this information also helps you assess what your campaign budget should be. You can search campaign finance reports for political campaigns in Texas on the Texas SOS website. Looking for a broader look? The FEC has a database that lets you search individual contributions for any candidate nationwide.

You’ve gathered all the information about the office you’d like to run for, the person/people you’ll be running against, and the financial reality of running a campaign to hold that office. Now you’re ready for the next step: getting on the ballot!

How do I get on the ballot?

First, you’ll need to register your political campaign with the state of Texas, which allows you to start a political committee. This committee designates you as an entity that can and will be collecting political contributions. You’ll need to complete this step before applying to be on the ballot.

In Texas, you can run for office as a Democrat, Republican, Independent, or write-in candidate. To run as a member of a state party, you’ll need to submit an application with the party chair and pay a filing fee. You can also file a petition in place of the filing fee for a major party. A petition is required to run as an Independent as well.

The Texas Secretary of State website offers tons of resources to help you get on the ballot. There’s a page that breaks down the qualifications for all public offices. Need help navigating the application process? Consult the state’s election code and an index of election forms for guidance.

Filing for candidacy is different for local offices (cities, water districts, school districts, etc.). For example, as a general rule, candidates can only apply for local ballots as Independents unless the city charter for your area makes an exception to this rule.

What do I need to do before I start fundraising?

Setting up the Campaign

Remember, the first step to setting up your campaign is registering to form a political committee. This committee shows banks and vendors that you’re a credible organization and prepares you to receive contributions.

Once your political committee is formed, here are the final steps before you can start fundraising:

The FEC does set contribution limits for candidates running for federal offices. If you’re running for President of the United States, the U.S. Senate, or the U.S. House of Representatives, these limits will apply to you.

Keep in mind that federal contribution limits for candidates are applied to each election individually. In other words, the limits renew for primary, general, special, and run-off elections.

Congratulations! You’re now ready to begin fundraising for your political campaign in Texas. Have more questions? Don’t worry, it’s natural to have a ton of questions as you navigate running for office.

Luckily, we can help! Check out our Guide on How to Run for Office and Win for even more information and resources on how you can run a successful political campaign. We’re here to empower candidates just like you to successfully run for office at all levels of the political scene. Good luck! 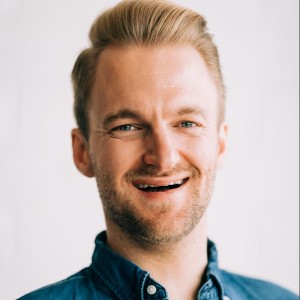